#Israel #BBC #Antisemitism in #UK #SICK! Tel Aviv Mayor: My city is cool, but its NOT the Capital of Israel! #Zion #Shalom #Tcot #Jcot 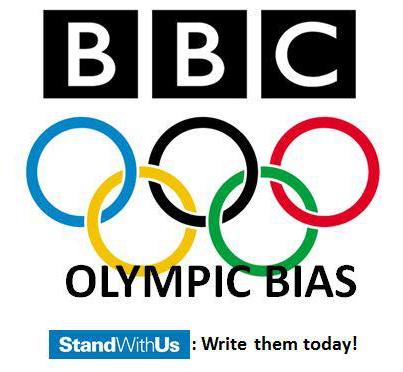 Tel Aviv mayor: My city is cool, but it’s not the capitalRon Huldai joins the battle with the BBC over Jerusalem

Israeli officials and athletes on Tuesday expanded their struggle to have the BBC call Jerusalem Israel’s capital. The mayors of both Jerusalem and Tel Aviv, as well as senior members of Israel’s delegation to the Olympic Games in London, reiterated that Jerusalem is more than just Israel’s seat of government.

“The city of Tel Aviv is one of the coolest cities in the world. We are Israel’s financial center and cultural center. But there’s one thing we are not: We are not Israel’s capital,” Tel Aviv Mayor Ron Huldai said about the city he been governing since 1998, and which houses most foreign embassies in Israel.

Jerusalem Mayor Nir Barkat attacked the BBC directly: “We will not accept those who deny our history, our sovereignty, and our right to determine our own capital. Irrespective of the BBC’s political agenda, Jerusalem was, is, and will always be the capital of Israel and the spiritual, political, and physical center of the Jewish people,” Barkat said Tuesday. “Throughout the history of Jerusalem, with over a dozen conquerors, only the Jewish people have called the Holy City of Jerusalem our capital. Jerusalem today, under Israeli sovereignty, has returned to the role it played 2,000-3,000 years ago.”

Israel’s fight with the BBC started when officials at the Prime Minister’s Office discovered the broadcaster’s special website dedicated to the Olympics didn’t mention Jerusalem — or any other city — as Israel’s capital. The entry for Palestine, however, listed “East Jerusalem” as capital. After a PMO spokesman complained, the BBC changed both countries’ profile pages. The site now lists Jerusalem as Israel’s “seat of government, though most foreign embassies are in Tel Aviv.” The site’s entry for Palestine reads: “Intended seat of government: East Jerusalem. Ramallah serves as administrative capital.”

Israel’s entry on the BBC’s Olympics site now corresponds to the country’s entry on the regular homepage of BBC News, which suggests the broadcast corporation will not again alter its entry on the site for the Olympics.

The PMO is still unhappy with the BBC’s designation of Jerusalem as merely Israel’s “seat of government” and on Thursday sent a second letter to the BBC’s Middle East Bureau chief, Paul Danahar. “I am afraid that despite your efforts, Israel is still discriminated against on the BBC’s London 2012 Olympics website,” PMO spokesman Mark Regev wrote on Thursday. “I kindly request that Israel’s capital be identified accurately on your website.”

Meanwhile, Israeli officials and athletes participating in the London games are speaking out on the issue as well, with several members of the Olympic delegation filming short videos in which they declare how important the issue of Jerusalem’s status is to them.

“This is the most important place for us and inspires us to succeed in the Games,”, the professional manager of the Israel’s Olympic delegation to London, Gili Lustig, says about Jerusalem in one of these clips.

The BBC’s editors are far from the only ones refusing to call Jerusalem Israel’s capital. The US State Department insists that the administration’s policy “with regard to Jerusalem is that its status has to be solved through negotiations.” The London-based Guardian newspaper persistently calls Tel Aviv Israel’s capital. Earlier this year, the paper ran a correction after having “wrongly referred to [Jerusalem] as the Israeli capital.”

Support for Jerusalem came also from the US Senator Mark Kirk (R-Ill.), who tweeted on Monday: “Fact: Jerusalem is the capital of Israel. Disappointed BBC News refuses to recognize this on its Olympic site.”

If you’re interested in the state of Israel, you’ll have a hard time obtaining a certain bit of information from the BBC website. Sure, Israel shines at sailing and judo (no Mavi Marmara or IDF jokes, please) and it has a population of 7.3million. But we were interested to know where the BBC placed Israel’s capital.

Israel is the only country listed, correct at the time of writing, that has no capital according to the BBC. Yet they bestow the honour of having East Jerusalem as a capital on the country of ‘Palestine’.

The British establishment’s ongoing problem with the state of Israel manifests itself in many places. Most recently we have seen the Olympic committee reject a massively popular campaign for a one minute silence to commemorate the lives of murdered Israeli athletes. Now the BBC won’t even acknowledge Tel Aviv as the capital of Israel, let alone Jerusalem.

The goalposts in the debate are once again being shifted – as anti-Israel as they possibly can be. This tactic is often used by negotiators to end up with a far more pleasing solution to them than they originally could have hoped for. In denying Israel a capital city, they are trying to shift the debate away from Jerusalem and try to get us to get them to acknowledge Tel Aviv. This is a delegitimisation tactic and nothing more – though we’re sure they’ll excuse it away by claiming it was an ‘oversight’ or similar.

Once again the BBC has overstepped the mark and must be held to account. As if the public wasn’t peeved enough about its tax avoidance over recent days – here’s yet another reason to hit the ‘complain’ link and tell them what you really