See what ordinary Israelis are doing to help Syrian Refugees, displaced & terrorized by Assad IN SYRIA

Love your enemies & bless the one who curses you & do what is beautiful to the one who hates you & pray over those who take you by force & persecute you!

Planting Seeds of HOPE In a Hostile Land

The recent announcement by Israeli President Shimon Peres that the state will respond “with force” to any violent attempts by Syrians to cross the border into Israel, has deepened divisions on the issue of the influx of refugees escaping their war-torn country.

On the other-hand, some Israelis are determined to help no matter the cost.

According to the United Nations High Commissioner for Refugees (UNHCR), Syria’s neighbouring states are currently hosting some 120,000 people, with that number expected to reach 185,000 by December 2012. The conflict, now entering its 17th month, has also left some 1.55 million people displaced within Syria (IDPs).

Many experts believe those numbers to be much higher.

To help tackle this human tragedy, some Muslim countries have already opened their doors to those fleeing the Assad regime.

Yet, the borders of Israel remain sealed, with authorities fearful of giving a “green light” to waves of refugees that could put the tiny country’s borders & security at risk.

Nevertheless, there are Israelis who want to help the refugees & have taken matters into their own hands by going into Syria to provide unofficial relief efforts.

An Israeli organization, whose name cannot be disclosed, infiltrates enemy lines in an attempt to provide people with everything from food, clothes, hygiene & other essentials, to medical help & psychological assistance.

Such activists are in violation of Israeli law that bans citizens from visiting countries like Syria, that are technically at war with Israel.

“We have some 200 Israelis – both Jews & Muslims – currently working on the project along with a network of local contacts” said the architect of the organization. “These people – comprised of highly trained doctors, trauma personnel, aid convoy & other professions, most of whom speak Arabic – are ready to risk their lives, even though some of them are not even trade-able” referring to swap deals between various terrorist organizations & the Jewish state in the past.

Syrians who collaborate with the NGO (Or other, similar organizations) or accept help, are regarded as traitors & subjected to torture, imprisonment & execution. Thus, in order to protect the identities of the organization’s agents, their local contacts, as well as the refugees themselves, the NGO prefers to keep a low profile, secretly operating in Syria & the neighbouring states, including Jordan & Turkey.

The NGO lists more than a thousand members – some of whom have already participated in multiple missions in the world’s most dangerous places – has already helped 80,000 Syrians to date.

The group’s leader explains the motivation that drives her to risk her life, to help others: “I am guided by my conscience. Even though the Holocaust of the Jewish people is over, massacres like it, are still taking place & Syria is no exception”.

Apart from saving lives, the organization is surely improving Israel’s reputation in the eyes of the Arab world, shattering the myths & propaganda that they had been fed about the “cruel Israeli enemy” since before Israel’s modern day statehood.

“Though that has been more of a side effect, than a top priority, people’s stance towards Israel is changing” – pointing out that most Syrians were shocked after learning about the true identity of those helping them, after they had incorrectly guessed that they were Canadian.

Many promised to spread the word about the good-natured Israelis that helped them when they needed it most.

“One of the men asked me to show him my passport, reluctant to believe me”.

“When I finally handed him the document, he started kissing it, blessing the State of Israel” – adding that the eyes of many have been opened after realizing how much they have been poisoned with false information.

Other stories were even more striking…

Speaking to a woman who was impregnated after being raped by a Syrian soldier, the NGO’s leader offered to take her to Israel, knowing that an abortion was a luxury the woman couldn’t afford & which is banned in Arab/Muslim nations.

“When I told her I was Israeli, she looked at me & exclaimed: Israelis, what took you so long to come and save us?” she said laughing.

BUT, despite their selfless efforts, there are those who question the motives of the NGO, suggesting that Israelis have a “hidden agenda”.

“Helping people is just a pretext” said Mohammed, a Middle East expert from one of Cairo’s leading analytical institutions.

“The idea behind their mission is to collect information & pass it on to Israel’s intelligence service, the Mossad” he claimed.

Dr. Eyal Zisser, a senior fellow at Moshe Dayan Center for Middle Eastern & African Studies, dismissed Mohammed’s comments, saying that no one should doubt the NGO’s goals … “Linking every Israeli to the Mossad is a typical approach that most often has no grounds”.

Ayoub Kara, a Deputy Minister of the Development of the Negev & Galilee, who has been particularly active in helping Syrian refugees, joined the chorus, arguing that the NGO was just moved by the desire to help.

“There is an emotional aspect to this tragedy. We care about human rights” said Kara, a member of Israel’s Druze minority who currently serves as a member of the Israeli Knesset in the governing Likud party.

“We want peace in this neighbourhood & to achieve it, we have to be sensitive to the suffering of those surrounding us”.

“In an attempt to address the issue, we held talks with some elements of the Syrian opposition, who already expressed their willingness to bolster ties with the State of Israel”.

Kara has met with members of the Syrian Opposition in Bulgaria, a fact Iran’s PressTV has been criticizing for days, across their English language propaganda “news network” seen at IsraeliIDF HQ here in Berlin.

“Israel will continue to provide help to the needy” he said. “The Israeli government works tightly with various voluntary entities, encouraging them to take action”.

“We are willing to open doors to those seeking professional treatment, or, alternatively, fly medical aid to the victims of the Assad massacres” – Kara agreed that the brutal Syrian Regime of death, would never allow such assistance.

Kara said there are a lot of similar NGOs within Israel doing the same – many of which cooperate with leading international bodies like the Red Cross – but stressed that many of them are unable to do much due to various logistical & financial problems.

The UN’s Office for the Coordination of Humanitarian Affairs appealed for more donations to assist displaced persons in Syria. Their reports have stated that they are in need of at least $372 million USD to adequately assist the country’s refugees. So far, only 40% of that figure has been raised/granted, leaving thousands waiting for help in conditions that put their lives at further risk.

The effects of those funding shortfalls, are being felt most drastically by the refugees themselves, who have been voicing their concerns for weeks, over the dreadful conditions found within the camps they have been forced to flee to. According to Now Lebanon, the newly-established Zaatari camp in Jordan falls well short of international standards; The Camp is said to lack proper bathrooms, not to mention sufficient amounts of food & water for all.

The situation is no better in neighbouring Lebanon; Residents of border town Arsal, in the eastern part of the country, have rightfully accused the UN of assisting only 150 families out of the 600 total, urging the UN to do better, FASTER!

According to conservative estimates, Lebanon ALONE needs an estimated $115 million USD to help the Syrians it is currently hosting.

In an interview with Lebanese newspaper As-Safir, European Union (EU) Ambassador Angelina Eichhorst stated that the EU has already allocated €3 million. Similar sentiments were echoed by several Gulf states & the US Ambassador to Lebanon, Maura Connelly.

Yet, despite these cash injections, there are some who think the international bodies aren’t doing enough, nor doing their job’s properly.

“The UN does help refugees but when it comes to IDPs it fails to act decisively” our NGO head told us, admitting that the difficulty in approaching victims of Syria’s crisis, has bogged down many operations of the institution.

“The Red Crescent is present but it has no power, as it employs only locals, who can be easily threatened & manipulated by the Syrian government. These organizations need foreigners, as they will listen to Geneva & their consciousness, rather than their governments” she concluded.

Dr. Zisser agreed, saying that a lot of money is spent on financing various expenses like administration & other things that don’t immediately benefit refugees, but he doesn’t doubt that the international community IS committed to helping Syrian Refugees.

Given the millions of dollars being pumped into this cause by Israelis, translating into various forms of assistance for Syrian refugees, we concluded by asking our brave NGO leader if she wonders how much these efforts are acknowledged or appreciated?

“I still haven’t asked Syrians if they would have done the same for me had anything of this magnitude happened in Israel” she replied.

This article was produced in cooperation with Israel Today, Channel 2 – Arutz 2 ( ערוץ 2) & IL4Syrians 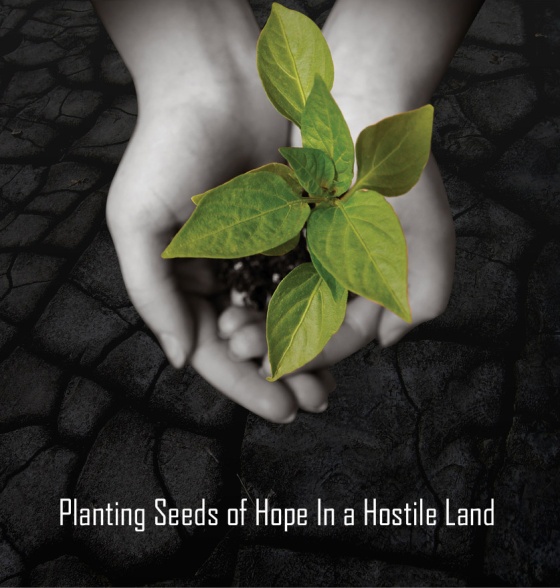 Posted by IsraeliIDF - Israeli Internet Defense Force on 17/08/2012 in From Israel, The REAL Israel and tagged Israelis helping Syrian Refugees, Learn about the REAL Israel.