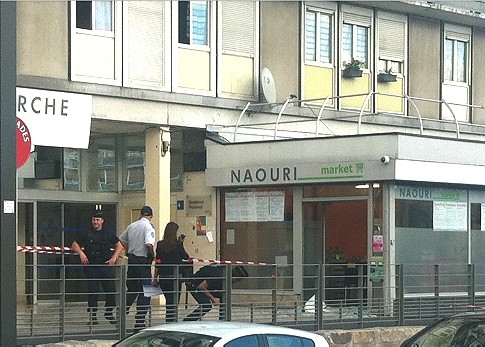 French Police were on the move all day Saturday, in chase of a jihadist cell made up of French youths who have recently taken on the Muslim religion.

Police traced a key member of the cell from the DNA found on a grenade that exploded in a kosher supermarket just outside Paris.

The suspect whose DNA was identified, a 33-year-old French citizen named Jeremy Sydney, opened fire on police Saturday in the city of Strasbourg with a .357 Magnum, wounding three officers, and was shot dead when they returned fire.

Later police said Sydney had been under surveillance since the attack on a Jewish school in Toulouse last March.

Police picked up ten suspects altogether, ages 19 to 25, all of them recent converts to Islam. One of the suspects was armed with a loaded gun and had on his person a list of Israeli targets in the Paris area as well as Al Qaeda literature and 27,000 Euros.

Sydney’s DNA was on file after he served two years in prison staring in 2008, for drug trafficking.

President Francois Hollande praised police for their swift action and said France would continue to “protect the French against all terrorist threats.”