Mitt Romney! The ONLY HOPE for Israel!

We’ve regularly expressed serious concerns about Barack Obama’s views on the Middle East in general & the Arab-Israeli situation in particular from the onset of his 2008 presidential campaign through his four years in the White House.

It should come as no surprise to readers that The Jewish Press endorses Governor Mitt Romney in the November 6 presidential election. They have regularly expressed serious concerns about Barack Obama’s views on the Middle East in general & the Arab-Israeli situation in particular, from the onset of his 2008 presidential campaign through his four years in the White House.

We recognize that there are those who can & do point to several pro-Israel actions President Obama has taken as being indicative of fundamental support for the Jewish state on his part. Indeed, some of those actions are unprecedented. However, we believe it is clear that Mr. Obama came into office determined to significantly alter downward, the decades-long special relationship between the U.S. & Israel – as we discuss below, he indicated as much – but that he was forced to put his intentions on hold following serious pushback from Jewish leaders & Democratic Party allies.

We fear that once he is freed from reelection concerns, the president in a second term will resume the tough talk to Israel & the disturbing policies of his earlier months in office that, if implemented, would result in a truncated & weakened Israel & an empowered Muslim world.

On the other hand, from everything we have heard from Mr. Romney, it appears he not only believes in the special relationship between the U.S. & Israel but is intent on enhancing it!

Of course, separate & apart from the issue of Israel, there should be a healthy skepticism when it comes to most of President Obama’s claims of accomplishment!

On the domestic front, the economy remains listless, the unemployment rate is a national disgrace & the national debt is spiraling out of control.

Mr. Obama’s recent dissembling over the Benghazi disaster is only the latest in a series of foreign policy mishaps that taken together only serve to increase our unease. He claims to have referred to the incident as a “terror attack” in a speech the next day. The transcript does indeed show that he used the phrase, but in context he appeared to be making a broad generalization rather than specifically affixing the terror appellation to Benghazi.

Moreover, for days afterward his vice president, UN ambassador & several other administration spokesmen maintained either that they still didn’t know whether the attack was the work of terrorists or that it was a spontaneous, violent reaction to an anti-Muhammad video – the latter a notion that has now been discredited. In running as fast as they could from using the word “terrorism,” they claimed to have been relying on the intelligence information that was available at the time. What intelligence, then, was the president – assuming he really was, as he claims, referring to Benghazi – relying on the day after the attack?

Also contributing to our dismay with the administration were the unprecedented threats to the Supreme Court over Obamacare, the open violation of our immigration laws respecting the deportation of illegal aliens & the leaking of classified information to burnish the president’s foreign policy credentials.

Getting back to Israel, despite the above-mentioned positive actions taken by Mr. Obama – which have included supporting Israel’s Iron Dome anti-missile system; backing Israel during the controversies over the Goldstone Report & the Gaza flotilla fiasco & opposing the Palestinians’ efforts at the UN for a unilateral declaration of statehood – we believe our skepticism is well-founded. Mr. Obama has set forth his fundamental beliefs regarding the Middle East in both word & action & they are decidedly not pro-Israel by any calculation.

During the 2008 campaign we were disturbed by Mr. Obama’s close ties to the virulently anti-Israel & anti-U.S. Reverend Jeremiah Wright, whose church the Obamas attended for years. The claim by the president that he was conveniently absent whenever Rev. Wright gave his notorious sermons is hard to take seriously. After all, Rev. Wright officiated at his wedding & other family events & indeed mentored him.

Mr. Obama’s close association in his formative years with several anti-Israel leftists rang some alarm bells. Also ringing bells was his comment during the 2008 campaign that “There is a strain within the pro-Israel community that says unless you adopt an unwavering pro-Likud approach to Israel that you’re anti-Israel”.

So we should not have been surprised that on his second day as president, Mr. Obama appointed Senator George Mitchell as his Middle East special envoy. This quick move was interpreted at the time as a signal from the president that he was intent on quickly moving the Israeli-Palestinian issue further toward resolution – which translated into getting Israel to make major concessions to the Palestinians.

Then came the president’s Cairo speech in June of 2009 in which Mr. Obama told his Egyptian audience,

When it came to Israel, he said in that speech “America’s strong bonds with Israel are well known. This bond is unbreakable. It is based upon cultural & historical ties, and the recognition that the aspiration for a Jewish homeland is rooted in a tragic history that cannot be denied”!

And so for the first time in recent memory, an American president speaking about the relationship between this country & Israel failed to refer to Israel’s strategic importance to the U.S. The relationship, for Mr. Obama, is a one-way street favoring Israel.

He went on to dilute even those connections:

In other words, the victimization of the Jews by the most systematic killing machine in human history, is for him, no different from the Palestinian experience under Israeli “occupation”.

A year later the president indicated he was still on the same track. Thus, at a June 2011 event sponsored by the Democratic National Committee, Mr. Obama told the attendees that the U.S. & Israel are going to have to bring “fresh eyes” to their relationship, elaborating:

“It’s not going to be sufficient for us just to keep on doing the same things we’ve been doing & expect somehow that things are going to work themselves out. We’re going to have to be creative & we are going to have to be engaged. We’re going to have to look for opportunities where the best impulses in the Middle East come to the fore & the worst impulses are weakened…. And there are going to be moments over the course of the next six months or the next 12 months or the next 24 months in which there may be tactical disagreements in terms of how we approach these difficult problems. But the broader vision, which is one in which Israel is a secure state, is able to live in peace with its neighbors with the hopes  & dreams of the original travelers to Israel, the original settlers in Israel, that those hopes & dreams that date back a millennium, that those hopes are realized. That will remain our goal”.

So Mr. Obama declared that he will pursue his vision of the Middle East, where he neither was born nor lives, with policies he fully expects will conflict with the judgment of Israel’s democratically elected leaders & apparently that of the U.S. Congress as well!

Another harbinger of what the president intends to do if reelected: Under the terms of the Jerusalem Embassy Relocation Act of 1995, the American Embassy in Tel Aviv was to have been relocated to Jerusalem by May 31, 1999. If it were not relocated by that date, a drastic restriction on the amount of money the State Department could spend abroad for any purpose would kick in.

However, the statute also contains a waiver provision stating that the president may suspend the limitations on spending for six-month periods if he certifies that the restrictions would undermine U.S. interests abroad.

Both presidents Clinton & Bush regularly invoked the six-month waivers – the latter some 16 times. Yet invariably the certifications by both presidents included a statement saying: “My administration remains committed to beginning the process of moving our embassy to Jerusalem”.  From his first invocation on, President Obama notably omitted this statement.

In sum, we believe that despite having taken several actions beneficial to Israel, President Obama does not at heart share the fundamental appreciation for & understanding of Israel exhibited by most of his predecessors. We also believe that Israel’s long-term interests are not reconcilable with Mr. Obama’s vision of an enhanced U.S. relationship with a Muslim world united in its hatred of the Jewish state.

We have every reason to believe that whether one chooses to focus on the U.S. relationship with Israel, on Washington’s dealings with other countries around the world, or on the state of the American economy, Mitt Romney is the person to bring a sorely needed breath of fresh air to the White House. 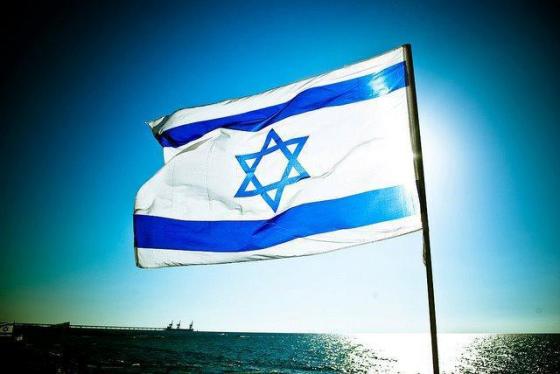 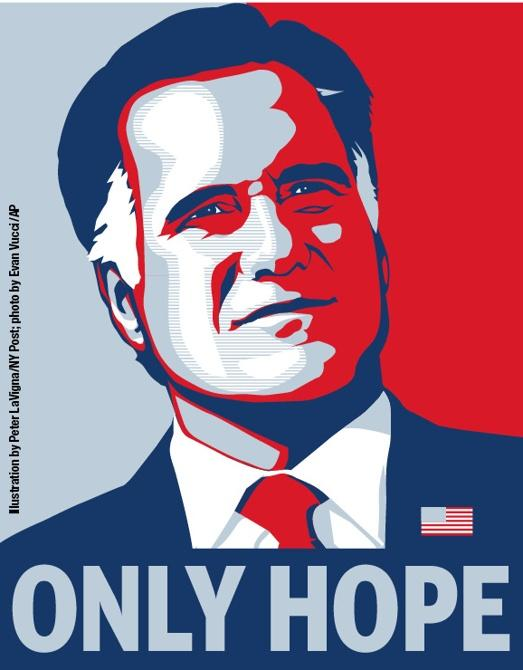